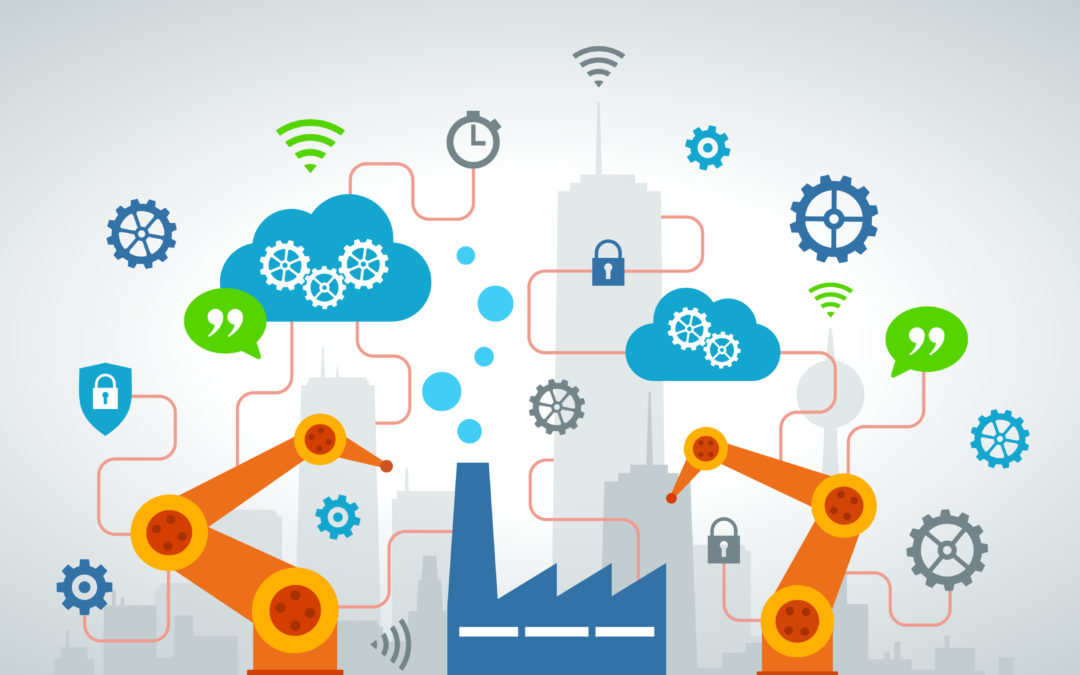 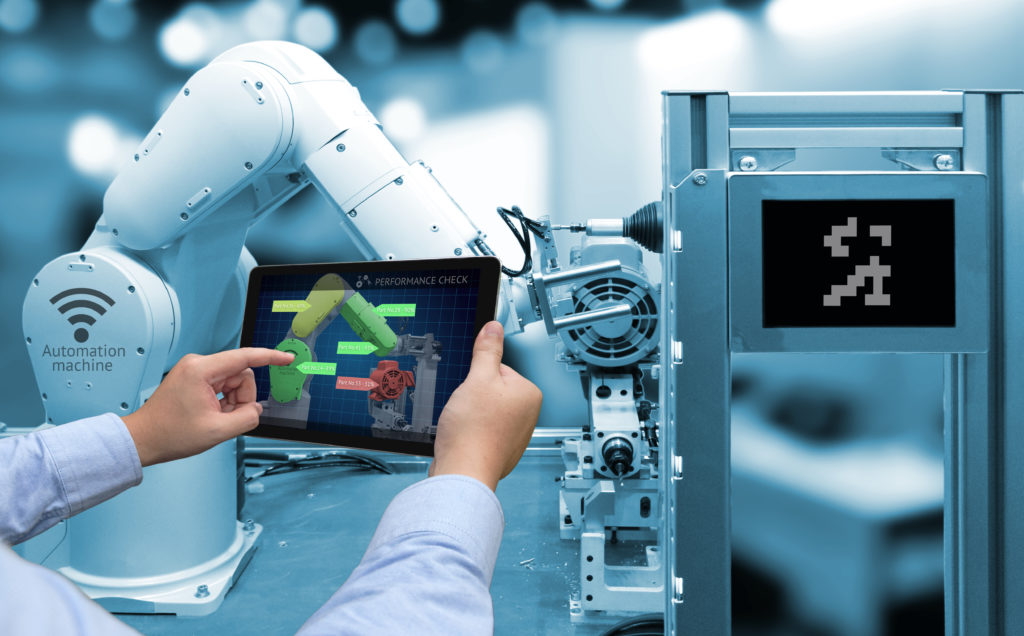 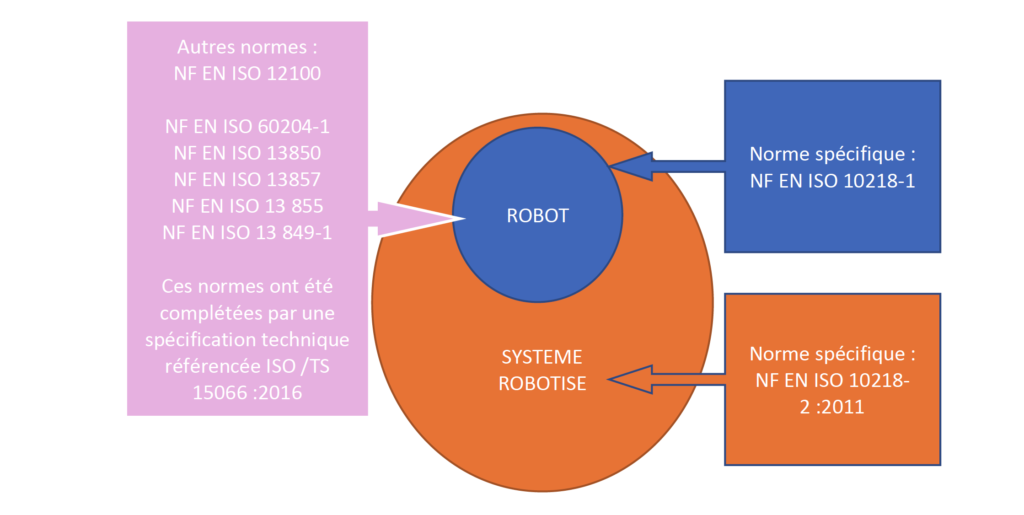 Technology More than Moore, end of Moore’s law, IT, AI 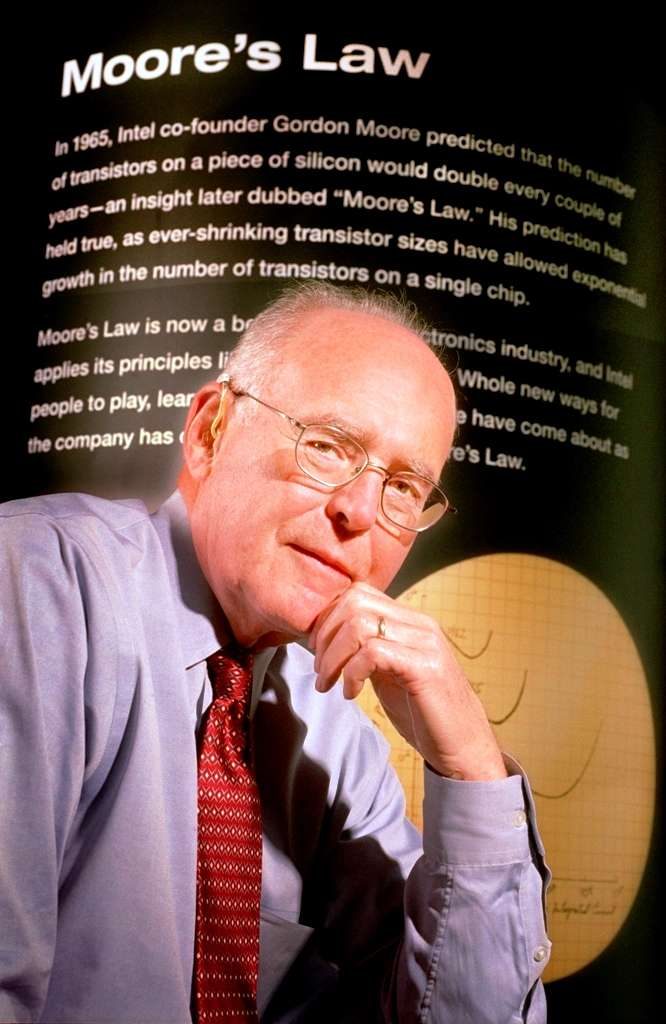 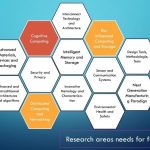 Establishing, over the next 15 years, a viable path forward for future HPC systems even after the limits of current semiconductor technology are reached (the « post-Moore’s Law era »).

A Federal Vision for Future Computing : A Nanotechnology-Inspired Grand

He is one of Intel’s co-founders, Gordon Earle Moore, who in 1965 stated Moore’s law that bears his name. 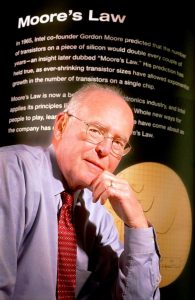 The precise statement has varied over the years but there is agreement that it now asserts that the number of microprocessor transistors on a silicon chip doubles every eighteen months or twenty four months.

This is only an empirical law, but it has been verified by the progress of technology over the last fifteen years.

More than Moore technologies are those that allow the integration of calculation and memory functions on a silicon chip, but also functions such as radiofrequency, high voltage components, lighting electronics and battery chargers ).

If we compare More than Moore technologies to the human body, integrated functions represent eyes, ears, arms and legs and allow the brain (which calculates and memorizes) to interact with the real world. These technologies are at the heart of the development of robotics.

In its white paper, the IRDS IEEE provides for the end of Moore’s law in 2024.

The main steps of the IRDS roadmap are:

« The scaling of the ground rule slows down and saturates around 2024. EUV (extra-ultraviolet) technology has now begun to slow down this saturation trend by controlling cost by reducing the complexity of process. The transition to 3D integration and the use of devices beyond CMOS for System-on-Chip (SoC) complementary functions is projected after 2024 « .

From the Bardeen transistor to the monoatomic transistor

More than seventy-three years after the invention of the first transistor by Bardeen in 2012, the end of Moore’s law had been evoked following a publication by several researchers from the universities of New South Wales, Purdue and Melbourne of an article In the scientific journal Nature Nanotechnology.

In their publication, the Australian researchers reported a breakthrough in the realization of transistors on a silicon support.

The group of Australian researchers had announced that they were able to precisely manufacture a transistor composed of a single phosphorous atom on a layer of silicon atoms.

And after Moore’s Law

Taking into consideration the hypothesis that Moore’s law could be completed by 2024, the American Professional Union of Semiconductor Industries (SIA) and the Semiconductor Research Corporation (SRC), a non-profit consortium of companies With a common interest in accelerating advances in semiconductor science and engineering research, have also published a « Semiconductor Research Opportunities » guide identifying research and industry priorities to anticipate the end of the Law of Moore.

These priorities focus on 14 strategic areas of research:

The Human Brain project is a pan-European initiative that began in October 2013 and is planned for a ten-year period. Phase I was completed in April 2016.

This project is funded by the EU’s ICT program (which supports technological research) with a projected cost of one billion euros.

The stated objective continues to bring together a wide range of research communities, from material engineers to neuroscientists, from programmers to philosophers, collectively to make significant progress in knowledge of the most complicated machine known to man : The human brain itself.

This massive project is divided into several themes called pillars.

This platform was conceived as a simulation system accessible via the Internet which allows the simulation of robots and environments controlled by dynamic neural networks.

The platform allows for simple virtual closed-loop experiments in cognitive neuroscience using brain models developed within BPH, with the ability to customize several variables, such as environmental and physical parameters, Using a robot designer, an environment builder and a closed loop engine.

Another objective of this project is to support a common understanding of the brain.

The ability to model robots and virtual environments already exists, and other researchers have created closed-loop configurations with simple brain models.

However, the platform Neurorobotics seems to be the first platform that should allow virtual robots to be connected to detailed models of the brain. It should allow experiments in the future to explore the link between low-level brain circuits and the high-level function, thus offering unequaled capabilities to researchers.

In this way, the Neurorobotics platform should help to bridge the gap between neuroscience and robotics and be of interest to a diverse user community. Platform systems will also allow silico testing, which will facilitate validation and comparison of results with researchers for in vivo research.

These systems are « designed to mimic neural microcircuits and apply brain-like principles in machine learning and cognitive computing, that is, principles that will enable the machine to learn in the That the brain functions rather than being programmed as a normal computer. «

The Neuromorphic platform provides remote access to large-scale neuromorphic computer systems based in Manchester, UK and Heidelberg, Germany. Together with the TrueNorth system by IBM, they are the only neuromorphic systems in the world capable of performing neural circuit system simulations with real-time neural models, synapses and plasticity in real time or (10,000 times faster than in real time).

New IT paradigms are needed to fuel the next revolution in information technology. Machines must be invented to be able to learn, but also to manage a large amount of data.

In order to achieve this objective and to further reduce the energy footprint of information and communication technologies, fundamental material innovations must be achieved.

Most of the time, CMOS is used to emulate for example. Neural Behavior.

SpiNNaker is part of the neuromorphic pillar of the Project Human Project whose interest is to develop and support new computer hardware that can accelerate the simulation of large networks of neurons.

For the first phase of the project, the objectives were:

– Develop and improve the software running on the largest SpiNNaker machines (Including between 100,000 and one million simple microprocessors connected in a hexagonal grid) to simulate networks of several million neurons in real time.

The design will be completed and the machine built in the second phase of the project.

Neuroscience: understanding how the brain works is a Great Science Challenge of the 21st century. SpiNNaker is considering providing a platform to help neuroscientists unravel the mystery that is the mind. According to SpiNNaker, the biggest SpiNNaker machine will be able to simulate one billion simple neurons, or millions of neurons with complex structure and internal dynamics.

Robotics: SpiNNaker is also a target for robotics researchers, who need mobile computing and low power. A small SpiNNaker table can simulate a network of tens of thousands of spiking neurons, process sensory inputs and generate motor outputs in real time and in a low power system.

Goal 3 of the National Strategic Computing Initiative (NSCI) Strategic Plan is to establish, over the next 15 years, a viable path for future HPC (Hight Performance Computing) systems beyond The limitations of current semiconductor technology and when Moore’s law ends.

Establishing, over the next 15 years, a viable path forward for future HPC systems even after the limits of current semiconductor technology are reached (the « post-Moore’s Law era »).

While current semiconductor approaches should be feasible at exascale, these approaches will eventually develop due to inherent physical limitations. NSCI’s Strategic Goal 3 seeks new technologies that will continue to advance in computing to lay the foundation for expanding the global IT advantage of the United States in the mid-2050s.

To achieve this goal, NSCI will pursue two parallel lines of effort over a period of 10 to 20 years: R & D technologies that will shift digital computing performance beyond the theoretical limits of complementary metal oxide semiconductors (CMOS) and research and development of alternative paradigms that will open up new opportunities for the advancement of large-scale computing.

These alternative computing paradigms (whether quantum, neuromorphic, or other alternatives) need to be able to solve certain classes of problems intrinsic to digital computing and provide more efficient solutions for other types of problems. In order to achieve this vision, it is essential to seek the range of problems in calculating these approaches.

The ultimate goal of this research is to produce new AI knowledge and technologies offering a range of positive benefits to American society while minimizing negative impacts. To achieve this objective, this AI R & D strategic plan identifies the following priorities for AI research on federal assistance:

1) Make long-term investments in AI research. Prioritize investments in the next generation of RNs that will drive discovery and insight and allow the US to remain a world leader in AI.

4) Ensure the safety and security of AI systems. Before CEW systems are widely used, it must be ensured that the systems will operate safely and in a secure, controlled, well-defined and well understood manner. Further progress in research is needed to meet this challenge of creating reliable, reliable and trustworthy AI systems.

6) Measure and evaluate AI technologies through standards and benchmarks. . Standards, benchmarks, test benches and community engagement are essential to advances in AI, which guide and evaluate progress in AI. Further research is needed to develop a wide range of assessment techniques.

7) Understand national needs for R & D workforce. Progress in AI will require a strong community of AI researchers. A better understanding of the current and future requirements of the AI ​​R & D workforce is needed to ensure that sufficient AI experts are available to address the strategic R & D areas described in this plan.

– Develop an IA R & D implementation framework to identify S & T opportunities and support effective coordination of R & D investment by the IA in accordance with this plan.

– Study the national landscape for the creation and maintenance of a healthy R & D workforce in accordance with 7 of this plan.

The MICRONS research programof IARPA  seeks « to revolutionize machine learning by reverse engineering algorithms of the brain. The program is expressly designed as a dialogue between data science and neuroscience «

Participants in the program seek to advance the theories of neural computation and obtain answers through carefully planned experimentation and data analysis.

The vision for the Systems of Neuromorphic Adaptive Plastic Scalable Electronics (SyNAPSE) program is to develop low-power electronic neuromorphic computers that scale to biological levels.

The initial phase of SyNAPSE developed nanometer-scale electronic synaptic components capable of varying connection strength between two neurons in a manner analogous to that seen in biological systems and simulated the utility of these synaptic components in core microcircuits that supported the overall system architecture.

A Federal Vision for Future Computing : A Nanotechnology-Inspired Grand challenge

The White House announced in 2015 « A major challenge inspired by nanotechnology » to develop transformational computing capabilities by combining innovations in multiple scientific disciplines.

Create a new type of computer capable of proactively interpreting and learning from data, solving unknown problems using what it has learned and working with the energy efficiency of the human brain. 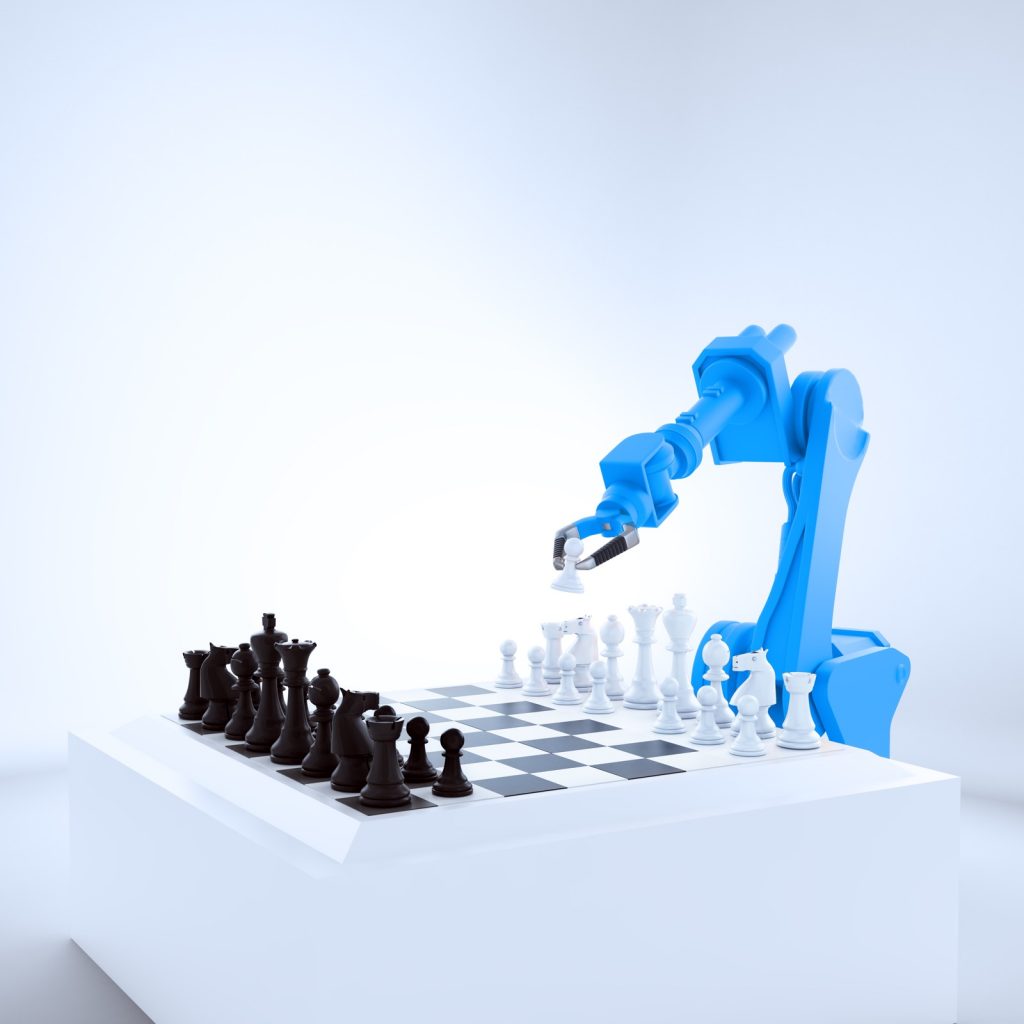 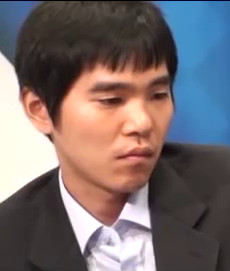 Alice, Bob, and Eve, with a symmetric cryptosystem

Figure 1: Alice, Bob, and Eve, with a symmetric cryptosystem.LEARNING TO PROTECT COMMUNICATIONS WITH ADVERSARIAL NEURAL CRYPTOGRAPHY 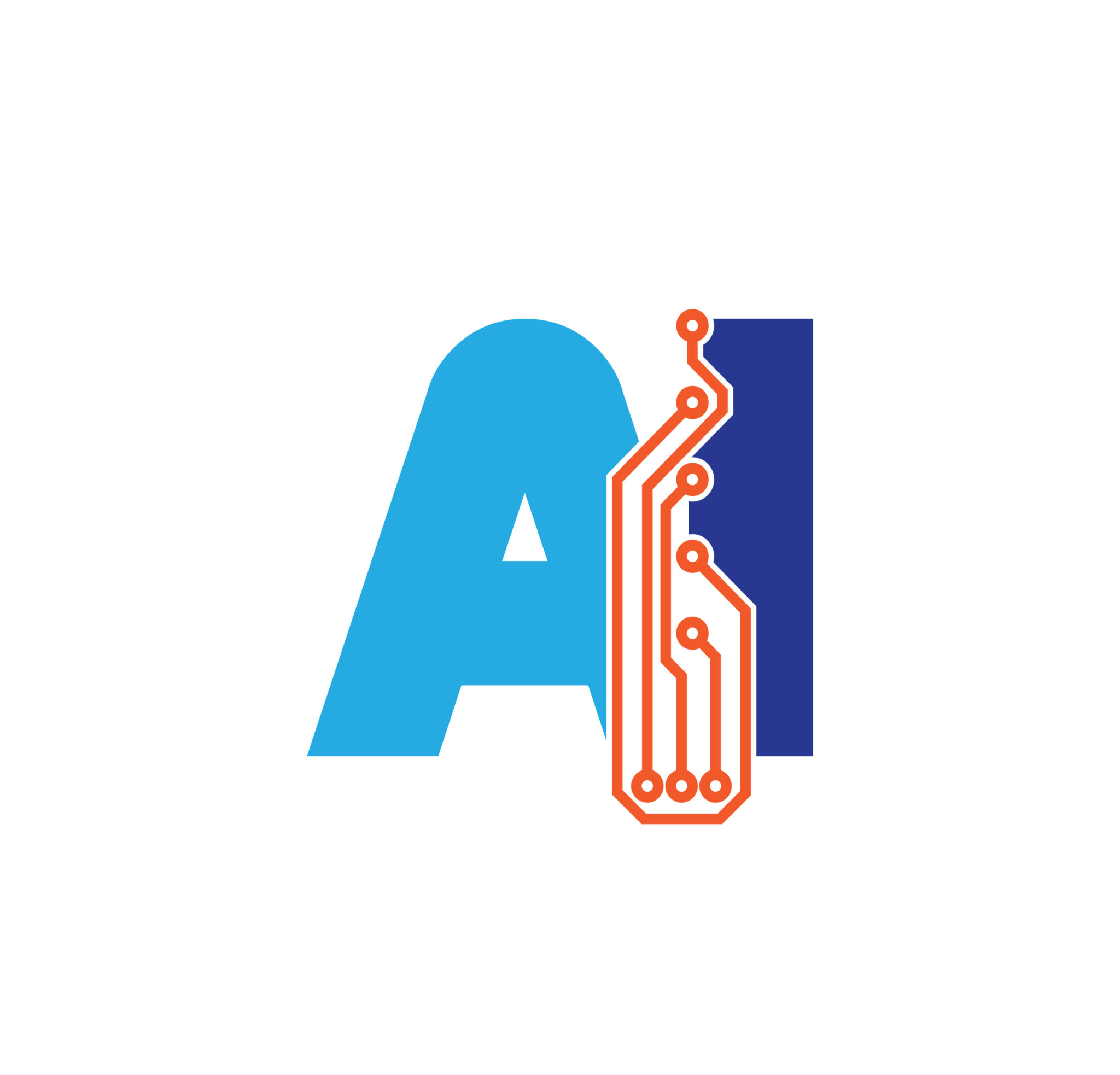 #Humanity by Default et by Design 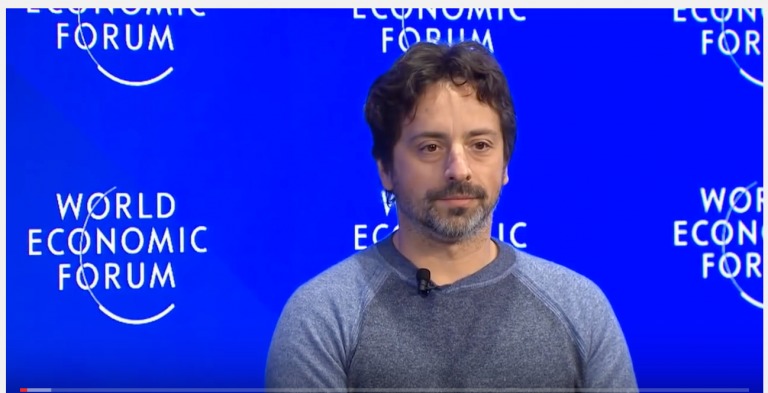 #WEF17 Davos – An Insight, An Ideal With Sergey Brin. 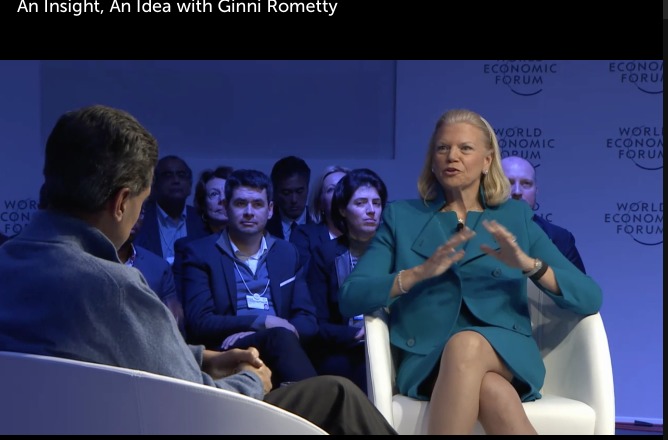 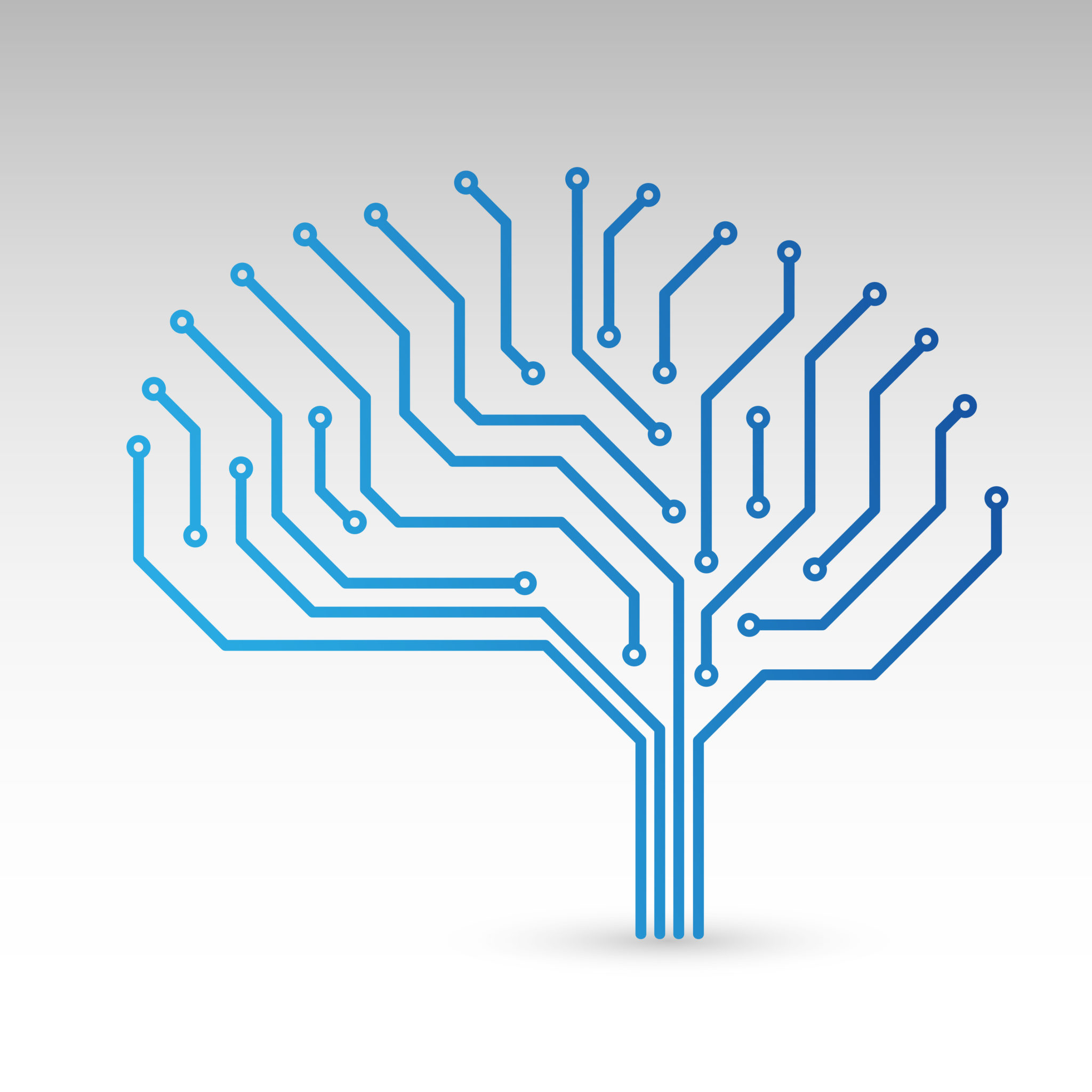